We love to arrange wildlife holidays, or holidays that include wildlife viewing.  Some of our own highlights have been to see polar bears in Canada, a whole tree full of scarlet macaws in Costa Rica, wild peacocks and tigers in India, herds of giraffe and elephants in Kenya and — while sea kayaking  off the beautiful coast of British Columbia — seeing  a whole pod of Orca whales swim past less than a hundred meters in front of us; they breached, spyhopped and performed what seemed like their entire repertoire.  So beautiful. 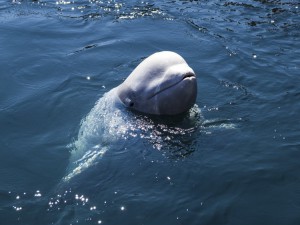 Canada has wonderful wildlife, most notably bears – black, grizzly, Kermode and polar, and whales – orca, humpback, beluga and minke. There is also an amazing variety of birdlife, from bald eagles to puffins. Manitoba is the beluga whale capital of the world.  Ice break-up in spring brings over 3,000 beluga whales to the Churchill River. The whales enjoy the summer months of July and August in the Churchill River where the river water is warmer than the ocean water and the whales are able to feed on crustaceans. 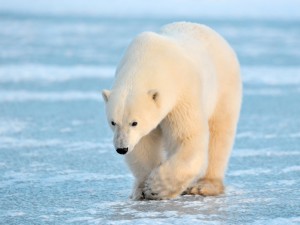 Located on the western shore of the Hudson Bay lies the small seaport of Churchill, Manitoba. Plan to come to Churchill during October or November when the bears are migrating to the coast, anticipating the winter freeze-up of Hudson Bay. When the Bay freezes, the polar bears can get onto the ice to hunt their favourite meal: seal. You will have excellent opportunities to see polar bears from a Tundra Buggy! 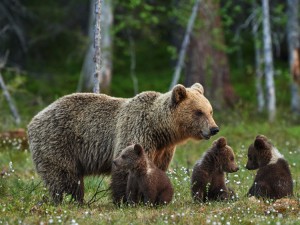 The Great Bear Rainforest in Canada is one of the best places in the world to observe grizzly bears and other wildlife such as wolves, black bears, otters, pine martins, mink and bald eagles. During spring (May and June), grizzly bears come down from the mountains to graze on the sedges, succulents and grasses that make up the dense bio-mass of the river estuary. The return of tens of thousands of salmon marks the beginning of the fall season in mid-August: see the grizzly bears as they gorge on fish in anticipation of their coming hibernation. 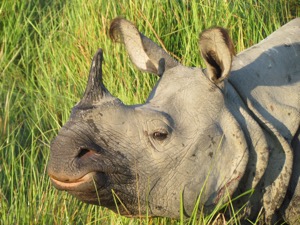 Kaziranga National Park in Assam has wonderful wildlife in spectacular surroundings. At 6.00 am, as the mist is rising from the long grass to reveal elephants, one horned rhinos and antelopes against a backdrop of the snowy Himalayas, enjoy an elephant back safari to see all these special creatures at a safe distance! There is also a healthy population of tigers in this park, though very difficult to spot. 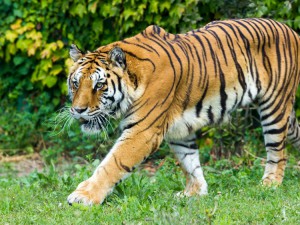 Bandhavgarh National Park, in the Vindhya hills of Madhya Pradesh, has a large natural fort at its centre. Before becoming a National Park in 1968, it was the game preserve of the Maharajas of Rewa where the White tiger (Albino) originated. Marshes support a vast grassland savanna, with a wide variety of game. The main wildlife includes tiger, leopard, sloth bear, gaur, and sambar.  The flowering and fruit trees attract a variety of woodland birds.

Corbett National Park, the first wildlife reserve of India, extends over an area of more than 500 sq km in the Himalayan foothills. Established in 1936, it is known for its varied wildlife and as the site for the launch of Project Tiger in 1973.  The main animals found here include tiger, elephant, chital, sambar, nilgai, gharial, King Cobra, muntjac, and there are nearly 600 species of birds.

Ranthambore National Park is famous for its tigers and is one of the best places in the country to see these majestic predators in the wild. Its deciduous forests were once a part of the magnificent jungles of Central India. The varied topography of the national park is home to not only the tiger but also animals such as the jackal, mongoose, sloth bear, and leopard.

Other notable parks where a tiger just may be spotted are Kanha, Panna, Pench and Tadoba. 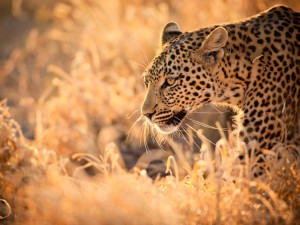 Satpura National Park is prime Central Indian wildlife habitat. It is relatively unknown, rightly believed to be one of India’s best kept secrets, and where wilderness can be explored without the crowds. You are likely to sight leopards, sloth bears, Indian wild dogs, gaur, the Malabar giant squirrel and sambhar – and if lucky the magnificent tiger. You will see a huge diversity of animals, several bird species and numerous species of endemic butterflies. 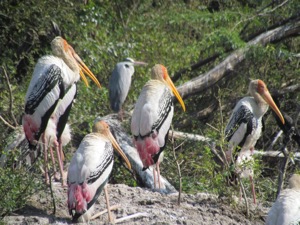 Bharatpur is largely known for the Keoladeo Bird Sanctuary but the city also hosts a beautiful fort. A dam was constructed in 1760 to protect Bharatpur from the constant floods during monsoon and the arid lands after monsoon. The Keoladeo Lake was born out of the depression created by extraction of soil for the dam. The bird sanctuary here attracts over 375 species including egrets, darter cormorants and storks. 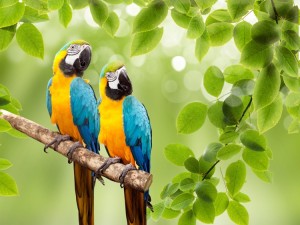 The Tambopata National  Reserve is  home  to  the  endangered giant  river  otter, as  well  as red  howler  monkeys, red-bellied  macaws and   anacondas.  From the tree canopy look out for bright toucans, woodpeckers, trogons, monkeys and the three-toed sloth. Impressive trees such as the tall kapok and the strangler fig offer excellent opportunities for bird watching. Feel the transformation from a diurnal to a nocturnal world at dusk, and search for nightjars, owls, capybaras and big caiman. 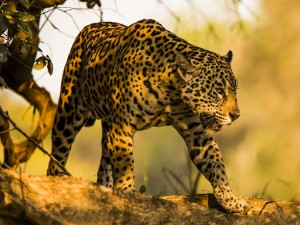 The Pantanal of the northern Caceres region has a diverse variety of ecosystems including savanna lowlands and grasslands, seasonal wetlands, beautiful lakes, rich forest areas, the Paraguay River, and the Estaçao Ecologica Taiama. The Taiama reserve has the highest density of jaguar population, in the entire Pantanal: during the trip you have a 95% chance of seeing jaguars, especially from mid-June to mid-November. The variety of wildlife seen in this area makes it ideal for wildlife enthusiasts. 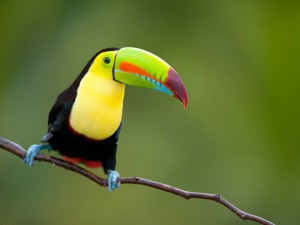 The Caño Negro Wildlife Refuge and the Rio Frio are considered to be amongst the best sites for bird watching and observing wildlife. Here you can find a great variety of resident and migratory birds including the endangered Jabiru, the largest bird in Central America. Caño Negro is also home to howler monkeys and spider monkeys, as well as three-toed sloths and reptiles such as turtles, caimans and basilisk, also known as Jesus Christ lizards.
Corcovado National Park is the last remaining Pacific lowland rainforest of sustainable size in Central America. Including thirteen separate ecosystems, almost one thousand species of trees and nearly one hundred species of birds, Corcovado has been called ‘the most biologically intense place on earth’ by the National Geographic Society. Here among the largest trees of Costa Rica, can be found the densest population of tapirs, jaguars and scarlet macaws in Meso-America. 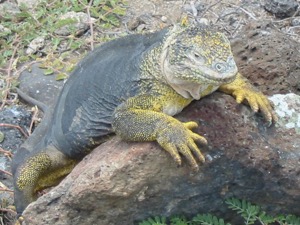 The Galapagos are a unique archipelago off the coast of Ecuador. You will see large and colourful land and marine iguanas, giant Galapagos turtles, flightless cormorants, blue-footed boobies, Galapagos penguins, and pelicans. The island of Santa Cruz   possesses many of the different ecosystems present in the archipelago, and almost every bird present in the islands can be found here including Darwin’s finches. 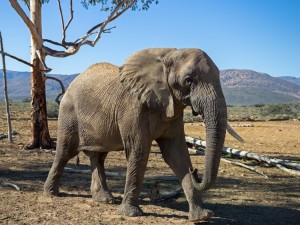 Unspoiled by mass tourism, Zambia is rich in wildlife, forests and meandering rivers. About a third of this vast country is set aside as national park or game management land, and it has some of Africa’s finest wildlife reserves. South Luangwa contains some 60 animal species and over 400 bird species. Wildlife found in this area includes lion, leopard, elephant, buffalo, wild dog, serval, caracal and side striped jackal. Major attractions are Thornicroft’s giraffe and Cookson’s wildebeest, both unique to the Luangwa Valley 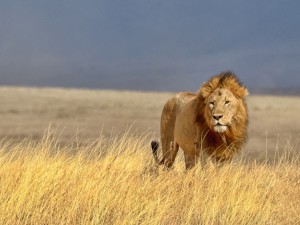 The Masai Mara is a large game reserve in south-western Kenya, and the northern tip of the Greater Serengeti ecosystem. It is famous for its world class diversity and concentration of wildlife as well as the Great Wildebeest Migration, during which time over a million wildebeest migrate north from the Serengeti following the long grasses that grow after the rains. The entire area of the park is nestled within the Great Rift Valley that extends almost the length of Africa.  The terrain of the reserve is primarily open grassland savannah, with clusters of the distinctive acacia tree throughout. Samburu is part of a lava plain that includes a diverse landscape of thorn scrub, red dirt, dried river beds, broken volcanic rock, steep hills, and rocky outcrops.  This reserve is becoming one of Kenya’s most admired stops after the Mara.  The region is home to the uncommon Grevy’s zebra with huge furry ears, gerenuk antelope standing on hind legs to feed, Somali ostriches with distinct blue legs and the shy Oryx.  Leopard sighting is also a special feature here. 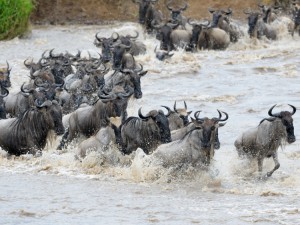 The Serengeti National Park is one of the world’s largest wildlife sanctuaries. The Park’s terrain varies from vast treeless plains and savannah dotted with acacia trees, magnificent rock outcrops called Kopjes, riverine bush and thick shrubs to streams, rivers, small swamps and lakes.   The Park contains an estimated 3 million large animals, most of which take part in a seasonal migration that is one of nature’s wonders.  The annual migration involves more than one million wildebeest as well as hundreds of thousands of zebra and gazelle in search of greener pastures and water. The Serengeti National Park has about 35 species of animals from the hare to the elephant, and a wonderful selection of bird life. 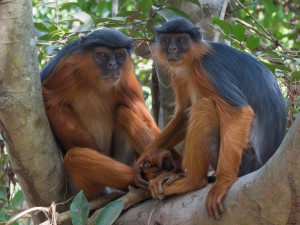 Queen Elizabeth Park has one of the highest bio diversity ratings of any game park or reserve in the world, – from the open savannah to rainforest, dense papyrus swamps and crater lakes, to the vastness of Lake Edward.  There are almost 100 mammal species including lions, hippos, buffaloes, leopard, spotted hyena, and elephants, and 606 bird species. Primates include chimps, Black and White Colobus Monkeys, Blue, Black Faced Red Colobus, Red Tailed monkeys and Olive Baboons. Reptiles include the amazing huge Rock-Python, Puff Adders, Spitting Cobras,

Kibale Forest is a large protected block of rainforest, which has the highest number of primates in Africa. Bigodi Wetland Sanctuary is a swamp that is home to approximately 137 bird species and is also rich in vegetation, such as wild palms, polita figs and the dominant papyrus. 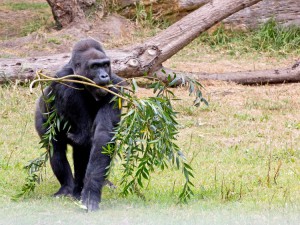 Rwanda is, situated on the eastern rim of the Albertine Rift, a western arm of the Great Rift Valley, on the watershed between Africa’s two largest river systems: the Nile and the Congo. Much of the country is mountainous, Primates are amongst the best known wildlife, and in particular mountain gorillas, chimpanzees and Colobus monkeys. 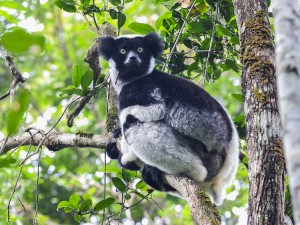 What our clients are saying

“Canada was excellent. Everything went to plan and we enjoyed all parts of it. Hard to pick highlights,...”